Dream teamwork: A co-production operator explains how he works with food and beverage entrepreneurs to help them succeed 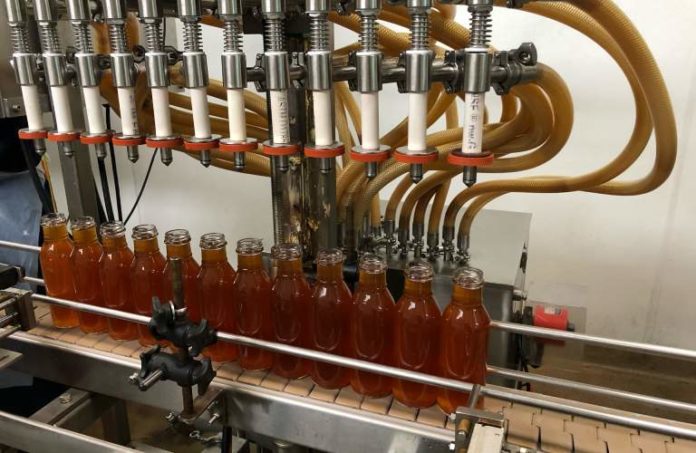 It may not be all that fancy, but as if by magic, would-be food and beverage entrepreneurs do show up on it, sometimes without the faintest idea of ​​how food production works or how to bottle their concocted drink. … and they leave transformed. .

However, certain realities have emerged over the past few years. The pandemic and supply chain issues have made it difficult to place items on grocery store shelves.

Now nobody does what Organic food incubator is doing on its own particular scale for startups in New Jersey, Schwartz said, as various business interruptions have wiped out like-minded co-producers. However, the 40-employee organic food incubator persevered, propelling Schwartz further on his path in the sector. That journey began when he and a buddy started a food brand in 2009 in a Jersey City basement.

It’s not always the Hollywood endgame for the food and beverage businesses that Organic Food Incubator works with. Even if the idea is interesting, some small businesses find a cold welcome from customers.

To prevent this, Schwartz learned to understand when the once popular products on the market might expire. He told ROI-NJ about this and much more.

ROI-New Jersey: For starters, can you give some insight into the types of food most often brought to you today? And what do you consider popular foods and drinks?

Michael Schwartz: The hot sauce continues to be one. It seemed like a bottomless market. Every time I turn around, another hot sauce company comes by. And there seems to be no end to the mood for more varieties of hot sauce. We are also seeing a surge in the consumption of alcohol-replacing drinks. These are wine-flavored drinks packaged in a more elegant bottle that will appeal to those who do not drink alcohol but want to drink in a grown-up way at the bar. We have several customers who make similar products and the number seems to be on the rise. Cocktail mixes also continue. Recently, we have increased the number of customers who are looking for flavored sugar syrups for coffee drinks. This is new for us. We have made syrups for alcohol, but they are specifically for people who want to flavor their coffee.

ROI: On the other hand, what foods or drinks that you can say with certainty have come and gone?

RS: Interest in a cold drink has definitely faded. There are some more, but we don’t see many startups wanting to do cold brew coffee anymore. I think this mod is outdated. For a long time, we have seen a strong surge in CBD foods and drinks, but this is no longer the case. This is just my opinion and I’m not sure how true it is, but it seems like people were just trying water with CBD products to prepare for the legalization of recreational marijuana. Now that it’s legal, they’re changing the wording for it. So we don’t see how many of those anymore. The squeezed juice has reached its peak and is now on the wane. When we started, we had eight compressed juice companies that we worked for. And now we don’t. I think a lot of this has to do with the fact that the big grocers have started making squeezed juice themselves, and the rules around packaging and shipping have become stricter, which means it’s not as profitable anymore.

ROI: Let’s say a client comes to you with an idea for one of those products that isn’t on the market today. … What will you tell them?

RS: Depending on what it is, I’ll have a “It’s been done before” conversation. I really don’t want to go too far to discourage people. People come to me with their dreams. I don’t want to destroy their dreams. But I will definitely talk about the market and where it is going. And, if I don’t think it’s a viable product, I’ll try to let them down gently. But it’s interesting how these things come in waves. We’ll get a bunch of requests for coffee syrups right away, and next week for barbecue sauce. I don’t know how it happens, but it seems that people have similar ideas at the same time. Likewise, everyone stops coming to us with cold coffee. Well, actually, one did recently. I told them why it had been done so many times before, the regulatory hurdles they would have to overcome, and why they would need to test it before going into full production. After that, if they are still fanatical, I will help them to do so.

ROI: What success stories have you learned from the organic food incubator?

RS: Even though I talked about coldbrew, we were working with a company called wandering bear, a cold beer company that has been successful. They moved on to a larger co-production in the Midwest. We worked with a company called daily harvest when they first started and they did really well. They make subscription smoothies that you can make yourself. There is a company called Chia SmashI make chia seed jam and it’s delicious. They now have several major contracts with national grocers. This is really a good product. There are others that have succeeded, but I can’t talk about them because they are under a non-disclosure agreement. And the rest are smaller players who thrive on a small scale. They probably cannot support themselves in business, but for them it is a hobby, and they enjoy it.

ROI: Aside from whether they produce food or beverages that may disappear from the shelves at some point in time, what are some of the hallmarks of a successful small business in this sector?

RS: Those who tend to do well are those who have a leader with a strong personality. It is really difficult for a small brand to compete with mass-produced products. So they have to find some way to stand out. So, a lot of them do it with a bright face to the business or something – I don’t want to call it a gimmick, but a catch. We have a client who processes food by making a drink from avocado pits. They reuse what would have been wasted. These types of businesses succeed because they have a history that sets them apart from everyone else; small brands need it.